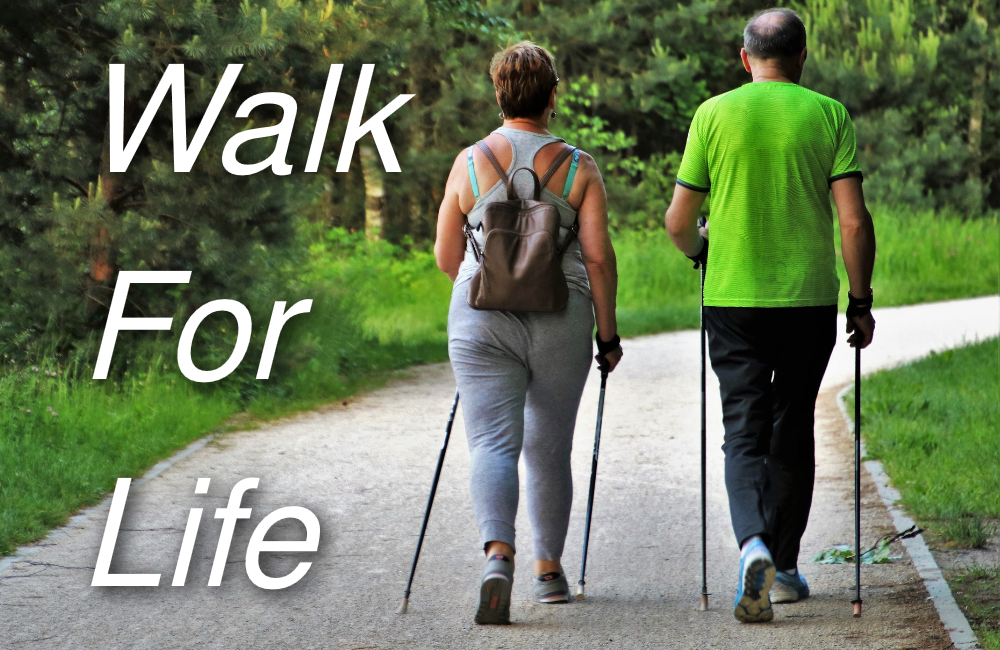 At almost 78 I’ve come to some time-tested conclusions. I don’t like exercise for the sake of exercise. I have a gym in my basement more for show than benefit. Aerobics and lifting weights are more work than pleasure. But I’m not stupid.

Living an ageless life means aging defiantly. It doesn’t mean ignoring the realities of aging. I know that aging takes a toll on the body and mind. And investing some time and energy in some level of exercise as I age must be better than sitting like a troll all the time. Right?

I was a fairly good athlete in my youth and exercise was part of the price – stamina, strength, flexibility – I exercised for a purpose (and skimped on the repetitions when I could get away with it). Exercise was never fun. Never will be for me.

So I decided to take a look at the latest science on exercise and aging to see if a little science-based reality could motivate me to get off my *** a little more. I need motivation.

Our elder son is a microbiology professor and nationally-recognized researcher at the University of Virginia specializing in aging research. He sent me stuff to review that’s written in English (so much of the scientific papers he shows me have so much scientific language as to be unintelligible to Neanderthals like me).

The purpose of this post is not to do a thorough in-depth review of the science. But I would like to provide an overview of what I found... and what it means to each of us who want to be smart about aging and living an ageless life as long as possible.

Here’s a brief summary of some of the facts and recommendations on exercise and aging that I found (a lot of the details came from a great summary by Stacey Burling in a 9/14/21 article in the Philadelphia Inquirer sent to me by our son)...

•  Physical activity can increase the number of healthy years in a lifetime. Exercise can improve strength, balance, power and metabolic health – at any age. “Exercise is the most effective means that we have today to counter the fundamental biology of aging.” (Nathan LeBrasseur - Mayo Clinic)

•  The earlier in life we start exercising, the more of a difference exercising in later life can make, In other words, committing to exercise in retirement years is very beneficial, but it will not be as beneficial as a lifelong commitment to exercise.

Can we catch up to those who have exercised their entire lives? No. We can’t “make up” for all those earlier years when “life” got in the way and exercise was not a priority. Those who are beginning to exercise in later life start with poorer-quality blood vessels, nerves and muscles than those who have always been exercising. “We can’t undo 20 years of terrible living.” (Dan Ritchie - Functional Aging Institute)

Starting now can repair much of the damage, but, probably, not all of it (but the potential benefits to those of us who are relentlessly aging, even if not optimum, are still well worth the effort). Exercise can at least slow down the accumulation of molecular and cellular damage that leads to disease and dysfunction.

•  In later life we lose about 30% of our muscle mass and 50% of our strength. If we have been exercising throughout our lives, we enter our later years with a greater muscle mass – it’s like a head start – so the decline is starting from a higher peak. “You want to walk into your 80s with as much muscle mass as possible.” (Kevin Murach - University of Arkansas)

•  Aging effects on blood supply and neural connections with the brain also contribute to limitations on strength and muscle control as we age. Exercising slows the decline. “A healthy brain is key to strong muscles because that’s where the signals that control muscles start.” (Brian Clark - Ohio University)

Aerobic exercise is the best activity for our brain. But recent studies suggest that lifting weights is also very beneficial - building better connections between nerves and muscles. I never thought that free weights were my path to a healthier brain as well as more strength, but that makes the effort more appealing.

•  The heart supplies muscles with nutrients and oxygen. Compared to sedentary people, exercisers have more muscle capillaries and more supple arteries. Cardiovascular efficiency declines as we age. Arteries stiffen or develop plaque, making it harder for the heart to pump. Aerobic exercising slows that process.

•  Being realistic and not expecting to become a top athlete if we’re just beginning to exercise seriously at 65 is vital. Setting realistic expectations is the key. Not achieving unrealistic goals can discourage us from continuing our exercise regimen – and that is a crime.

Don’t expect massive changes. Meaningful benefits CAN be achieved starting now. Be grateful for the benefits we CAN achieve. “It’s easier to maintain strength and fitness than it is to increase it. Most of what we’re talking about is preventing decline” (Thomas Buford - University of Alabama-Birmingham)

In summary, I regret not being more active with my exercise commitments between college and retirement. Knowing I can’t make up for all those years of laziness is a bitter pill.

But I take heart with two quotes that best sum up the most optimistic findings of my research: “There’s never a time in your life when increasing your physical activity is not beneficial.” (Steven Austad - University of Alabama-Birmingham) and “We can’t halt the aging process, but we can slow it.” (Matthew Silvis - Penn State Milton S. Hershey Medical Center)

That’s enough to motivate me to get off my *** more consistently.