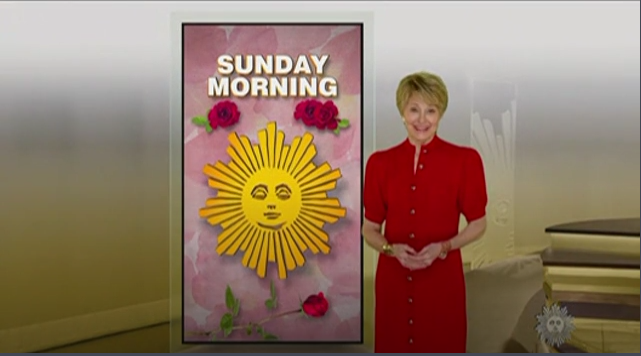 What does my favorite TV show have to do with an ageless life?

Living an ageless life is about aspiration… always trying to be better… trying to do better every day.  That’s why I believe so strongly in the uplifting power of the arts.  The arts are the most human of endeavors.  They lift us out of ourselves to see the world around us… to see our place in the world… aspire to better understand our humanity and how we can aspire higher.

The most transformative art form of the 20th century as I was growing up was television (The personal computer, smartphones and social media are the game changers of the 21st century). For my generation, television informed us, widened our vision, entertained us, inspired us.  Television was our magical, storytelling best friend.  So it's no surprise that, despite television’s decline in the face of social media’s ascendance, TV still plays a major role in the life of this household.

Let’s begin with what I saw as I watched TV on Valentine’s Day Sunday morning, February 14th, 2021.   I was working on my latest blog post about my Top 20 Movies and how they color an ageless life.  It occurred to me that I should do a companion post on my favorite TV shows.  But after thinking about it, I decided to focus on my single all-time-favorite TV show…

CBS News Sunday morning is a quiet, unhurried, reverential look at life through the prism of some great storytellers.  It’s never boring.  It’s sometimes infuriating and sometimes uplifting.  It can invoke curiosity.  It can educate. It can surprise.  It can be whimsical, funny and entertaining.  It can relax and lighten my burdens.  It can inspire me.

So what did today’s 90 minutes on Sunday Morning add to my life?

·        I watched a coherent analysis of what this week’s acquittal of former president Trump in his second impeachment trial means to the country and the future of politics in America.

·        I marveled at the strength of writer Suleika Jaouad who, after struggling through agonizing cancer treatments, traveled 15,000 miles through 33 states to talk with strangers about healing – sharing lessons of life and loving.

·        I watched an intimate conversation with actress Kate Winslet revealing the things you learn about life from movies.

·        I learned about the evolution of diamonds as the ultimate symbol of love – how one company’s powerful advertising, beginning in the 1930’s when 10% of men gave a diamond to their fiances, grew the industry to the point where today more than 80% of engagements begin with a diamond.  I learned how diamonds are being manufactured today in labs – anatomically identical to the diamonds mined from the earth.

·        I empathized with the challenges of Sarah McBride, the first transgender state senator in the US, rising through personal challenges and tragedy to become an articulate role model for the LGPTQ community.

·        Another segment reconfirmed my admiration for creative educators.  A Vice Principal in Canada adroitly addressed a young child’s frantic Tooth Fairy concerns during Covid-19 isolation.  Gavin had lost his tooth and couldn’t find it to put it under his pillow. And could the Tooth Fairy even get to his house during Covid?.

Thankfully, Dr Fauci came forward to publicly confirm  that he had   personally vaccinated the Tooth Fairy and The Easter Bunny… and the Vice-Principal provided an official letter on school stationery verifying his lost tooth to put under his pillow:  “Please accept this letter as official verification of Gavin’s lost tooth and provide the standard monetary exchange rate you normally use for a real tooth.”  In keeping magic alive for our children, we are keeping magic alive for ourselves.

·        I felt the pain of the couple who were separated in Covid isolation by the Detroit River as if separated by an ocean.  Scott lived in Detroit.  Karolyn lived across the river in Windsor, Canada.  They had planned on getting married but now can only see each other through binoculars looking across the river.  Their plight only makes my grousing at being stuck together at home on Valentine’s Day this year seem pretty small.

·        Mo Rocca’s tour of the graveside monuments of American presidents revealed that only Woodrow Wilson is buried in Washington DC. (showing presidents want to leave this town as soon as possible).

·        I watched Martha Stewart teach us how to create an elegant Valentine’s Day Sunday Brunch featuring Brioche French Toast and a new take on Mimosas.

·        I learned that a survey asking if a video date could ever feel romantic revealed that 57% of Americans say “No.”

That was a stimulating, productive 90 minutes this Sunday Morning.  Check it out for yourself – 9am Sunday mornings on CBS..